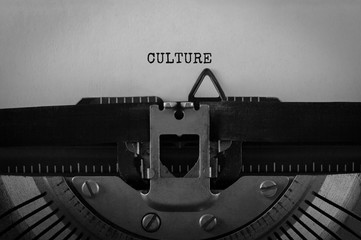 Travis Kalanick. It’s possible this name meant nothing to some of you before news of Uber’s recent implosion. And it speaks to the importance of executive leadership training. As Founder and CEO, Kalanick seems to have fostered and led a culture that evolved on its own without a guiding hand…developed like bacteria in a petri dish. How else does one jeopardize the viability and reputation of the most valuable private company in Silicon Valley; a company that reached a $68 billion valuation in roughly eight years?

Viewed as an abrasive leader, in February 2017 Kalanick famously berated a driver during an intense argument captured on video. That same month a former engineer’s blog laid bare troubling details of alleged sexual harassment, discrimination and retaliation experienced during her tenure, and the bungled handling by the Human Resources department. It would precipitate a descent into shocking complaints about workplace conditions and the retention of former attorney general Eric Holder to investigate. Holder’s 12-page report led with a recommendation to reallocate Travis Kalanick’s responsibilities. Kalanick has since resigned. This episode is evidence of the need for innovative leadership development in order to become a successful leader.

Startup founders set the tone – their values typically permeate the enterprise and they build teams congruent with their mindset. And if they are forward-thinking, purposeful startup leaders will set out to foster a culture of civility and progressive values; they will ensure the people agenda and operating framework are compatible with the vision and values. This isn’t left to chance.

We can make ready inference about leaders who don’t purposefully cultivate a brand image and environment where people can thrive. The bottom line: effective leaders are purposeful and intentional. They develop clear strategies for their leadership impact and organizational health, get that employees are key stakeholders and wisely mitigate risks of legal fallout and reputation crisis. For the startup this means there has to be clear plans to scale excellence, to refine management systems, clarify leadership philosophy and design a respected employment brand. Accounting for a winning identity.

Regrettably, the qualities that enable founders to blaze a trail with groundbreaking offerings serve as their undoing. They are typically inventive, ultra-confident, take-no-prisoner types. Non-conformist to the core and winning in the market rules the day. Thus accounting for a winning identity from the inside out is rarely a priority at the outset if at all, and leadership accountability and values are casualties. Then it’s only a matter of time, as a certain founder discovered.

Hi this is Wendy and I am here to be your thought partner in driving meaningful change in leadership strategy.

RT @KevinLeichtman: One of the hardest teacher skills is to walk into a new year without the weight of last year. One comment from a stude…
h J R
@askwendyw

RT @mraspinall: I stopped giving detentions when I finally understood that behaviour is a form of communication. I was punishing the act, r…
h J R
@askwendyw